Social Media for Good – A Video Documentary on Kasey Altman

To the participants in the Kasey Altman hackathon:

I would like to share with you a video documentary (below) that was just released on Kasey Altman, her courageous fight with her aggressive cancer, and her public sharing of that fight on social media.

As you probably know, Kasey passed on the 4th of July.

Vice Media reached out to Kasey in April 2022, asking if they could feature her in a documentary showing the use of social media for good. This intimate story captures Kasey’s spirit and explores the support she received from being willing to put herself out there.

Delsee Altman shared it with me and asked me to share it with you. It’s 22 minutes.

As expected, the key themes I saw in the video were Kasey’s openness and the support of her family and boyfriend.

I haven’t used TikTok or Instagram very much, so I learned something about those media and how Kasey was using them. The surprise is that she got support from them.

Please let me know if you have any thoughts on Kasey, the video documentary, or the possibility of using social media to support cancer patients and direct attention to what cancer patients go through. 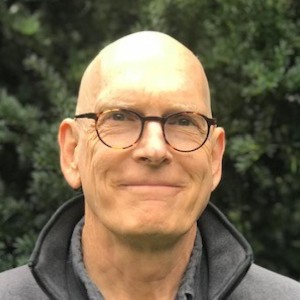 In July of 2018, Brad was diagnosed with lymphoma and had gone through a course of chemotherapy. Building on that experience and his 35+ years of consulting and research on process innovation and business transformation, he is focusing his professional activities on helping people with a cancer diagnosis navigate to the best options for their treatment.
PrevPreviousProstate Cancer Lab #33: A Patient’s View on Nutrition, Supplements, Integrative Oncology, and Complementary Therapies (Robert Ellis & Glenn Sabin)